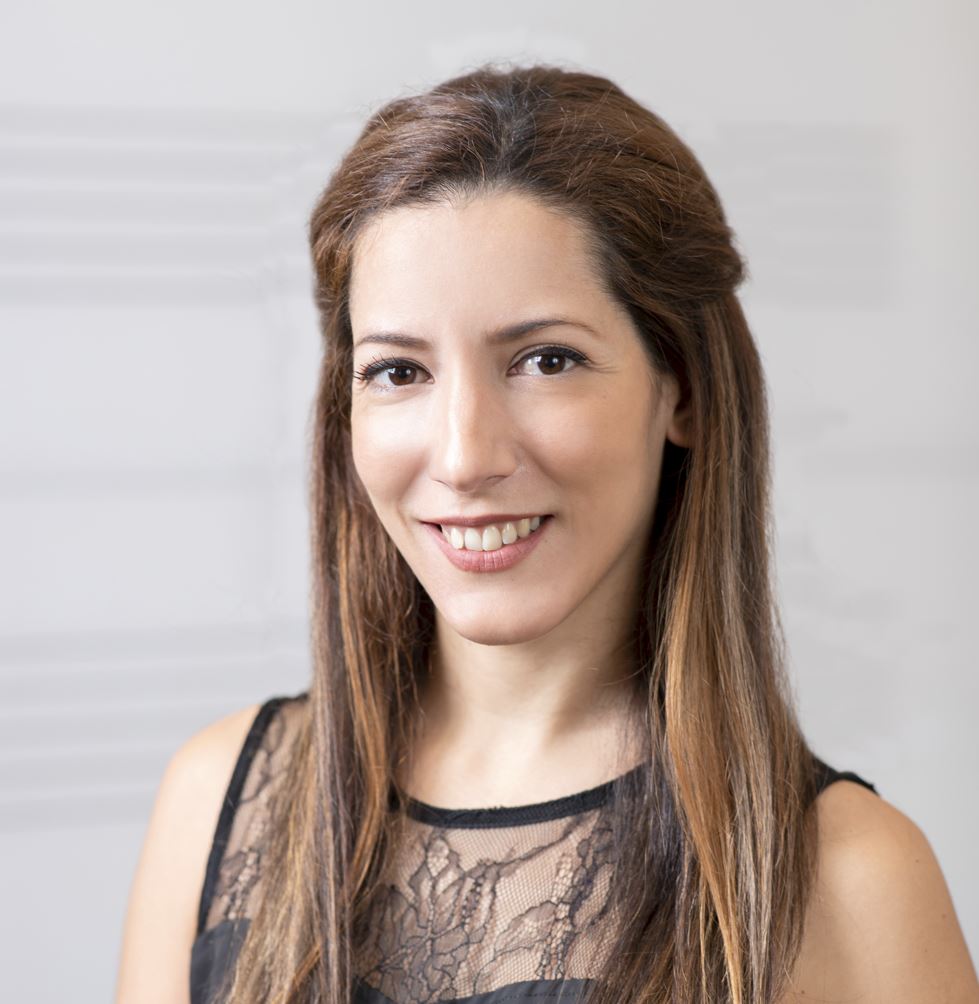 Dimitra Sideridou is a film score composer, concert pianist and architect. Born in Athens, Greece, she has pursued advanced studies in concert piano performance under the tutelage of Charides Ioannis, and has been awarded “Artist Diploma” and Special Award as a distinguished Soloist (2015). Her multifaceted artistic profile ranges from multi-genre piano performance, film scoring, orchestration and arranging. She holds a Diploma in Music Composition (2018) and degrees in Arranging & Concert Band Conducting.

As a professional pianist, she has a strong background and vigorous training in classical, and romantic repertoire having given numerous recitals and participated in a plethora of productions and live concerts. Her strong musicianship skills and experience with various musical genres, makes her capable of adjusting in different performance contexts with professionalism, confidence and vivid adaptability. She is an experienced early-age music pedagogue focusing on various aspects of music training, with a great emphasis on technique and stylistic musicianship.

Mrs. Sideridou has also participated in many International Festivals, Seminars and Workshops as a film score composer, with acclaimed professionals such as Alexandre Desplat, Conrad Pope, Nan Schwartz, Michael Davidoff and others. She is particularly interested in exploring the boundaries of subtle expressivity in historical documentaries. Her film score “The Great Fire of Salonica: Birth of a City” (2019) has garnered great attention as the music of the homonymous historical Documentary which was awarded 1st Prize at the 13th Istanbul International Architecture and Urban Films (2019), Audience Award in the 4th Documentary Festival of Peloponnesus (Greece), and Honorable Mention in the 12th Documentary Festival of Chalkida (Greece). In 2018, her piece “Bardar” for large orchestra was premiered by the Municipal Symphony Orchestra of Thessaloniki.

The past three years she is closely affiliated with music organizations and orchestras as a professional arranger and orchestrator. Her work has been featured in numerous large-scale pedagogical productions and international music festivals. Last but not least, she has a strong pedagogical presence as a conductor, directing student orchestras, student groups, while she is a strong advocate of collective learning opting for a diversified and dynamic tutelage. She is a Part-time Lecturer, in the Music Department at the Hong Kong Baptist University. Her teaching interests focus on Composition for Screen, Orchestration and Arranging, and in-studio Recording and Mixing.

Bachelor’s and Master’s in Architectural Engineering